News
You are here: Home / News / From our CEO / Making Wavicles: Mandela’s Gift to Humanity

The 18th of July is Nelson Mandela’s birthday, which inevitably reminds of us his gift of the ‘Rainbow Nation’ – and at this time many of us may find ourselves subject to thinking negatively about it, because nearly 20 years down the line South Africa is still struggling to make sense of itself.  Have faith, Mandela’s ‘rainbow nation’ is an extremely complex social construct and it is one that really points to the evolution of consciousness on a global scale.  Let us keep the faith and persevere in the spirit that Mandela himself inspires – with patience and humility.

Africa is only now developing an individuated ego from a personal point of view.  In past times the African ego was communal (Ubuntu) – whereas the impact of Western thinking and behaviour has filtered through now to the point where the individual African is, more and more, becoming ‘in it for him or herself’.  Connected to this, is dissolution of tribal structure (movements away from the homeland to the city  – the reneging of past associations with kin and culture) and a breakdown of the traditional family structure.  Instead of the ‘tribal way’ which is shared – there is an increasing tendency toward ‘my way’, which is personal.  This is not wrong.  In fact it points to a natural progression in terms of how the ego facilitates the process of expanding human consciousness.

What is significant about the individuation of the ego is that it causes a breakdown of unity consciousness – which is where conscience for the natural order and environment resides.  The ego creates separation, and in that separation something is lost.  What is lost is unity awareness.  The division ego-development brings on causes a suffering of a kind, and this suffering becomes the stimulus to return to unity once more (the prodigal returns) this time consciously so, and with the wisdom of experience.  The child has an undifferentiated ego and thus is closer to unity awareness – but unconsciously so.  During development the “I” as an individuated entity, grows, and separation ensues.  This creates the potential for that which was unconscious before to be integrated and embraced – now on a conscious level.

This does not mean that the individuation vanishes – rather the poles of experience become integrated.  Separation is included in the new unity which arises, as a natural aspect of the continuum of existence.  Nelson Mandela’s rainbow nation speaks to this understanding: difference becomes the shared or unifying force.  This is so clearly evidenced in nature where variability creates the necessary strength to build healthy gene pools and offers the variety needed to deal with the unexpected.  In this, South Africa has the potential to be a global leader in consciousness.  This country represents the potential to accept difference as the unifying force – it isbecause we are all different that we are the same.  Humans are separated in this dimension (my body is not your body – we are not one) – but because we share this experience we become unified at the level of the archetypal or platonic substrate.  Higher consciousness is only possible once division has already taken place.

The fact that society is comprised of individuals and entities struggling in their own unique way, yet in collaboration with others, to bring about change, speaks to these energetic tendencies.  In scientific terms, to create homogeneity in a dispersed context requires a ‘quantum leap’ in thinking and consciousness.  Understanding how difference might become the unifying force represents such a leap.

The quantum leap references the scientific discovery that a ray of light can be measured both as a wave movement and a particle movement, but only as one or the other at any given time.  The ray of light is both wave and particle but the orientation of the observer, or the vantage from which the measurement gets made, determines the outcome.  In order to understand homogeneity it becomes necessary to become integrated and to ‘ride the ray of light’ becoming both wave and particle simultaneously.  This requires a unity of awareness which takes difference into account as a unifying force.

Ancient shamanic and mystic traditions have understood this for centuries.  Conjunctio oppositorum(conjunction of opposites) speaks to the Eastern understanding of the interconnectedness of all things or unity consciousness.  The Taoist concept of yin within yang, and the comprehension that the poles of duality are a part of a continuum speaks to also to this understanding: everything in the known universe can only exist as a separated or individuated entity because of its opposite: light exists because of darkness, we can only have upbecause of down.  In shamanic terms this is described as ‘intelligent co-operation’.

Intelligent co-operation is the understanding that harmony is not homogeny from a conventional point of view – harmony is not about agreeing as much as it is an acceptance that to agree we have to allow conflicting opinions to co-exist simultaneously.  The Rainbow Nation does not mean a homogenous whole from a conventional point of view – unity in the Rainbow Nation is a higher ordering of consciousness – an understanding that allowing for difference as a unifying force allows us to co-create a shared reality of equality.

Intelligent co-operation does not misinterpret equality to be equivalence – instead it understands that equality and equivalence are mutually exclusive.  We are equal because we are not the same.

To find cohesion in a ‘rainbow’ society, it appears we have to think out of the box and wear sunglasses in the shade – to see differently – to see beyond conventional notions of duality and division and to understand that it is because there is difference and independence that it might be possible to create a new cohesion.  Perhaps this should be called a “hetero-homogeneity” – a unification built on variability. Individuality thus becomes shared or communal – heterogeneity is the unifying force.

Perhaps then, to engender cohesion in society, we should not run from difference and independence, but actively and deliberately foster and pursue it.  Nelson Mandela has set the bar very high, for the whole world, and it falls to us South Africans to realise his vision.  Through us, his gift to the world has a chance to become manifest as a social reality. Keep the faith, we have been set a difficult and important task – we are breaking new ground here. 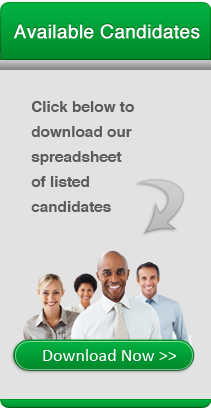